New collaboration between the University College Copenhagen and University of Belize

COPE researcher Rico Kongsager from the University College Copenhagen just returned from Belize, where he, together with his colleague Maren Egedorf, are in the initial phase of establishing a collaboration with the University of Belize. The project is a mobility grant funded by EU Erasmus+ to cover exchange visits both ways for both staff and students.

This first visit had two main objectives: 1) to explore common ground for future research between the two universities and to apply for funding for this, and 2) to establish connections with institutions in Belize to host interns from the Emergency & Risk Management program at University College Copenhagen.

Regarding objective 1, we had mainly discussions about establishing research based on three pillars: climate change, food security, and disaster risk management - all pillars highly relevant in Belize and for the scholars involved from both institutions. Beyond talks and discussions at the university campus in Belmopan (the capital of Belize), we made several trips to investigate this in the field. 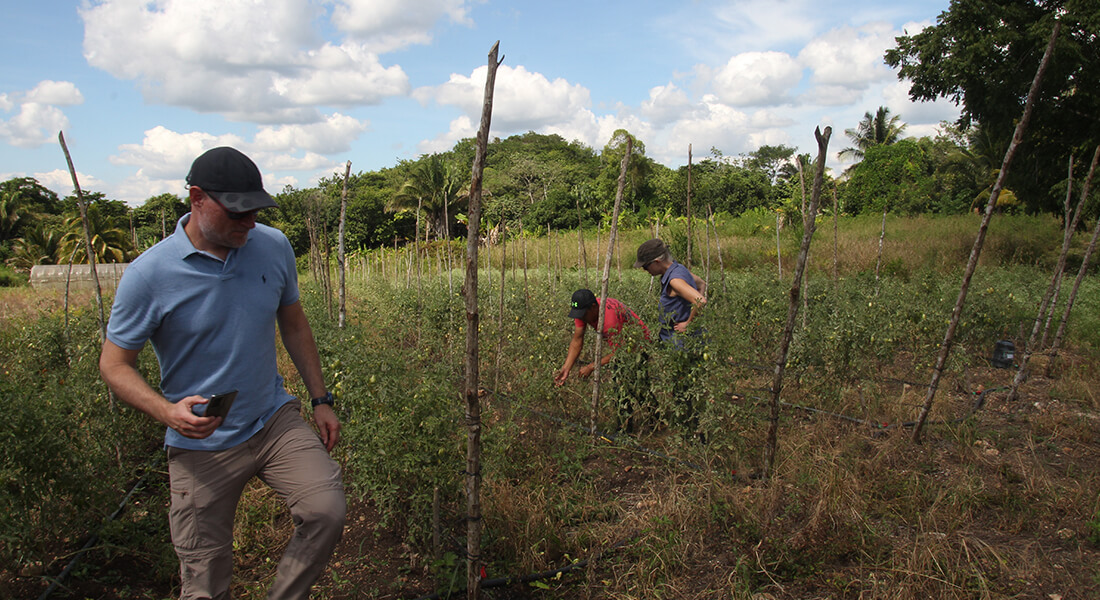 For instance, we visited Central Farm, which is the research and teaching campus of the University of Belize. We had a great tour of the campus area and the fields, and some very interesting discussions with Pio Saqui, Francisco Tzul, Max Ortega, and Daniel Juan about climate change adaptation and mitigation, food security, and disaster risk management in the tropics.

We also visited a banana plantation and packaging facility in the southern part of Belize. Very fascinating to hear the manager tell about all the nitty gritty details of banana production and the industry in general. And exciting, and scary, to hear how hurricane Iris in 2001 devastated the area in a discussion about disaster risk management and climate change aspects of the agricultural sector in Belize.

Also, we visited several farms to talk to real farmers. Regarding climate change, the farmers already now experience changes in the climate. Precipitation patterns are changing: the distinct dry-wet pattern in this region is altered, with dryness in the wet season and vice-versa. These changes affect, for instance, pests and subsequently the yield. 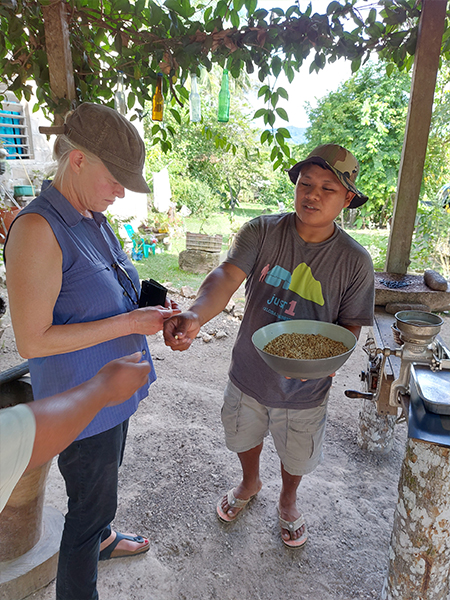 One of the farmers in the pictures grows vegetables they sell at the local market, which is important for local food security, especially concerning people getting a varied diet. Another farmer produces coffee to sell locally in Belize - mainly to tourists. Tourism is one of the most important sectors in Belize and thereby also for food security, as it generates substantial income for many families. Both farmers have to practice disaster risk management on their farms, as hazards (mainly flooding, droughts, pests, and hurricanes) easily can destroy the crops, which can be devastating for a small-scale farmer. Furthermore, the impact of a changing climate will highly likely affect the intensity and frequency of these hazards, which makes it even more important for the farmers to adapt.

Regarding the 2nd objective, which was to identify new placement options for our interns in Belize within different national settings of risk management, emergency preparedness, and recovery as well as community resilience, we conducted meetings and made arrangements for future collaboration concerning interns with Belize Red Cross, United Nations Development Programme (UNDP), National Emergency Management Organization (NEMO), and the Caribbean Community Climate Change Centre (CCCCC). The latter have done great work and hosted interns from the Emergency and Risk Management program previously.

Several visits for staff are planned in 2023 in both Denmark and Belize, where we will continue working with the two objectives, and it is planned that two students from Belize will visit Copenhagen in 2023, and several students from University College Copenhagen will conduct their internships in Belize in 2023.